Aging and Exercise: Take Control of Your Health

As we age, the evident signs of our fading youth begin to emerge. Physically we are weaker, mentally we are slower, our sleep patterns are worse, and often times, we weigh more. Don’t sit back and watch as your mind and body fades at the mercy of father time, instead, be proactive, do something today that your future self will thank you for tomorrow. In this weeks blog we are discussing some of the facts and research related to age induced changes in sleep, cognition, and physical health, and how exercise can help. 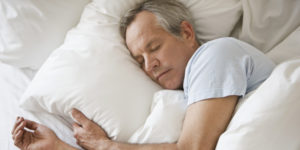 Nearly 80% of adults ages 65 and older report sleep complaints in the United States each year. Many people turn to pharmacological treatments to assist with sleep problems. Although medication is fast and easy, it often comes with negative side effects, dependency, tolerance, and large expenses. Believe it or not, research has shown that exercise is equally effective as pharmacological treatments in promoting restful sleep. Not only is exercise equally effective, it is also cheap, easy to prescribe, and has little if any negative side effects. Various studies have linked exercise to sleep, including one study which found that exercise as little as once per week was associated with reduced sleep complaints. Exercise performed in bouts lasting longer than 1 hour have shown increases in total sleep time. Aerobic exercise, resistance training, yoga, and Tai Chi are all associated with positive sleep changes. Research suggests that exercise performed 4-8 hours before bed time is optimal for sleep benefits. 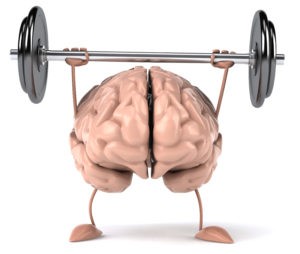 A Linear decline in perception, cognition, and motor function begins in the 20’s and continues as we age. However, the most profound changes are usually evident around the age of 60. Research on older adults has shown that exercise is associated with a reduced risk for Alzheimer’s disease and dementia, increased memory, and increased cognitive performance. In older adults, exercise has its largest effects on executive function. Executive function is associated with coordination, scheduling, planning, working memory, and multi-tasking. Exercise programs that combine both aerobic and resistance training have shown the greatest effects on cognition. In specific, exercise bouts lasting 30-45 minutes may prove optimal for exercise induced changes related to cognition.

Aging is associated with a decrease in the number of total muscle fibers which leads to reductions in overall strength and size. In specific, age induced atrophy, also known as sarcopenia, is primarily due to the loss of Type II muscle fibers. Type II muscle fibers are highly responsive and fatigue fairly quickly. They are capable of creating large amounts of force in very little time. Type II fibers are also associated with balance. It is imperative that older adults train Type II fibers to avoid falls, which are the second leading cause of accidental injury and death. Resistance training is highly effective for increasing the amount of Type II fibers. Adults 50 and older show a 1-2% decrease each year in total work capacity, increases in resting blood pressure, and increases in total body fat. However, longitudinal research conducted over an 18 year period has demonstrated that exercise significantly protects against these physiological and cardiovascular changes. Low physical activity in older adults has also been linked to cancer!